Fostering Hope For Children In Need 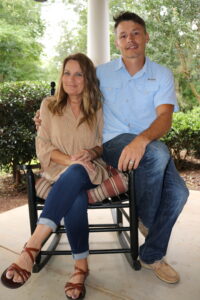 When Johnny and Theresa Dye started out volunteering to bring dinner to the children at Miracle Hill Children’s Home, they never would have guessed that just a few years later, they would become foster parents to six children with plans to adopt four of them.

With five adult children of their own and careers to focus on, the Dyes thought they were finished having children. But then Theresa began feeling God’s call to minister to children in the foster system. “The Lord just put it on my heart. It’s hard to explain,” she said.

Johnny was a bit more hesitant about the idea. Having grown up in the foster system himself, he knew how difficult fostering could be and needed more time to consider it. But during Johnny’s time as a group home volunteer, God was working in his heart  One day, when Johnny and Theresa were driving to the home, Johnny felt the Holy Spirit speak to him, and he asked himself, “Why not? Why can’t we do this?” After talking the decision over, Johnny and Theresa signed up to be house parents at the group home.

While completing training for the group home, they saw God show them they were exactly where He wanted them. He even worked things out with their jobs so they would be able to fully commit. Johnny explained, “The Lord just made it obvious that ‘Hey this is where I want you’ and He’s proven that time and time again.”

When they worked at the group home, they alternated with another volunteer couple spending one week at the home and then an off week at their own house. At times there were as many as thirteen children in their care. Some were there for years and others, only a few days. Eventually, they began fostering four kids themselves, making it harder to move every week.

Even though they wanted to continue in the foster care ministry, the Dyes longed for more stability for themselves and their new family. They began considering moving from the group home to a different program that would allow them to foster full-time. Around that time, Miracle Hill began transitioning its group homes to foster homes to comply with state and federal guidelines. The children’s home director asked the Dyes if they wanted to stay and be full-time foster parents. This was an answer to prayer because it was exactly the role they wanted.

They were able to keep all of the children who were staying at the home, including the four they plan to adopt. Now, they make it a point to refer to it as home instead of its former name, the cottage.

The Dyes say one of the biggest changes is that the children are more relaxed and enjoy the stability. One of their older boys said he likes the foster home setup much more than being in a group home and that it provides a lot more freedom. 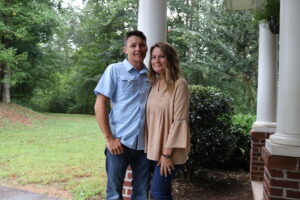 Now that they have custody of the children full-time, the Dyes are taking every opportunity to teach them more life skills. Most importantly, they try to show them what it means to live for Christ.

Johnny said one thing he keeps in mind is that the kids pay more attention to what they do. “They learn the gospel through your life more so than through your words,” he said.

According to Johnny and Theresa, the most important part of fostering is to be sure that it’s what God wants you to do. Johnny said, “Make sure you are called to it. If you are called to it, God is going to equip you and give you everything you need, and He will let you know when to step out.”

Post submitted by Samantha Veira. Samantha can be reached at: sgveira13@gmail.com