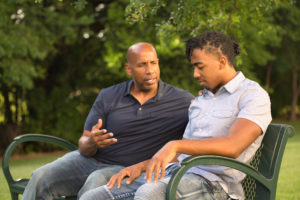 When someone experiences homelessness, addiction or another life-dominating struggle, the resulting trauma affects not only the individual but those closest to the person. Spouses and children get caught in the cross hairs, and families can be affected for generations. But the cycle can be broken, and relationships can be healed. Malachi Dads is a discipleship program, currently being used at Miracle Hill Overcomers Center for men, that helps dads learn how to develop a heart to serve their families according to God’s plan through His Word.

Jim Williams of Blue Ridge Ministries has been leading the program for the past two years at the Center. He describes it as “a twelve week, in-depth, biblically-based fathering class which began in 2004 in correctional institutions and is now an international ministry.” He says it’s designed to equip fathers in how to have a relationship with God through His Son Jesus and how to deal with the relationships they have with the mothers of their children and the children themselves.

Tearing Down Walls and Making Connections

Tim Brown, VP of Adult Ministries at Miracle Hill said some of the common issues affecting the men at the Overcomers Center are guilt, shame, and loss of time with their children due to addiction.  Many of them come from broken homes and don’t even know what a good relationship looks like. 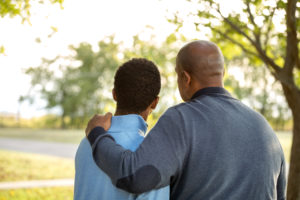 Understanding the Gospel of Jesus Christ and how Christ’s forgiveness allows us to forgive others and experience healing is a foundational truth that’s missing for many of the men. Additionally,  some now have legal issues and are not allowed to see their children because of their past mistakes. Obtaining the Malachi Dad’s certificate along with attending Upstate Fatherhood Coalition meetings are the building blocks to help them re-build their lives and deal with their legal issues.

“We have experienced several of the dads building stronger relationships with their wives or children’s mother and stronger bonds with their children,” said Brown. “I believe this comes from the family seeing them attempting to make a real effort to change.” He said nearly 60% of the men who come to Overcomers are already fathers, and even more than that say they hope to become fathers.

Approximately 40 men at the Overcomers Center have already graduated through the Malachi Dads program over the past two years. Brown said he has interviewed many of the men who’ve completed the course, and all have said the program taught them a lot about themselves and how to be a better dad.

A Change of Heart

Williams said he remembers one man in particular who had a bad relationship with his wife, but as he went through the curriculum, his attitude began to change and he began working on his marriage.  By graduation, there was a great difference.  “I was able to attend his graduation and had the opportunity to meet his wife and children. He and his wife planned out the goals they had for their future. That’s the goal we have for our ministry — seeing restoration,” said Williams.

The Malachi Dads program uses the book, Malachi Dads, The Heart of a Man by author Dr. Gene Getz. The 12 lessons on heart change help men develop a heart of integrity and a willingness to serve their families. Heart change facilitates relational change.  Some of the topics covered in these lessons include: 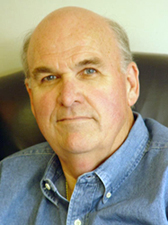 Williams said he enjoys the opportunity he has to invest in the lives of the men at the Overcomers Center and help them develop trust with their families. “This is what Malachi Dads is all about – building relationships first with God, then with their children and families.”

If you would like more information about Malachi Dads or Blue Ridge Ministries, contact Jim Williams at blridge@charter.net.