The Good Steward – Investing or Hoarding? 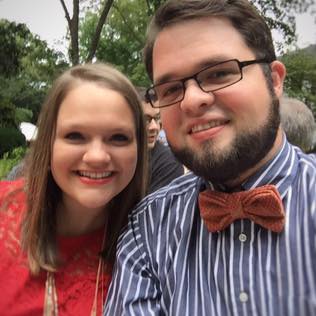 That is my Grandmother’s maiden name.

I remember learning about the different meanings of surnames and asking my father a lot about our own geneaology when I was a boy. I particularly remember the day he told me about the meaning of the name Stuart. “Stuart”, he said, “is an old Scottish last name that comes from ‘Stewart’ and originally means ‘Steward’.” I recall asking him what the word “Steward” means, and his response left me less than wowed. My father explained that a Steward was someone who managed things for the king.

I was so bummed. Every little boy wants to be directly related to the king, or a knight, or someone famous, not somebody whose job is to manage stuff.

As I began to get older I realized that there is a certain amount of pride that comes along with the title of a Steward. A Steward is someone who has been given the honor of watching over something by a king. A Steward has been entrusted with something precious by someone with authority.

Jesus, in Matthew 25, tells a story about stewards. Jesus tells us in this parable that a wealthy man went on a trip, and that before doing so he entrusted talents to three of his servants. A talent was a unit of money that, by today’s standards, would have been worth a tremendous amount. To one servant the master gave five talents, to another he gave two talents, and then to the last man he gave one.

Upon returning from his trip the master goes to his servants to find out what they have done with the resources that he had entrusted to them. The one to whom he gave five talents tells him that he invested the money and made five more. The master is overjoyed. Likewise, the servant to whom he gave two talents invested and brought to him two more. Finally, the master comes to the servant to whom he entrusted with one talent. The servant says that because he was afraid and did not want to lose the master’s money, he buried it in the ground. He gives his master back the one talent.

Jesus says that the master was pleased with the first two servants and that he rewarded them beyond measure. However, the same is not true for the last servant. The master is furious but not because the servant spent his money foolishly. He is upset because the servant did NOTHING with what he had entrusted to him. He squandered the opportunity altogether. He literally buried this wonderful opportunity, this precious gift, in the ground. The last servant had not acted with malice, and by most of our standards he had done nothing wrong. However, because of his fear and laziness, he finds himself at the center of his master’s scorn. Not only that, the servant is cast out into the darkness where there is weeping and gnashing of teeth.

Indifference is Not an Option

Christians, we are but stewards of the King’s resources. In Psalm 50 we are reminded that our God owns the cattle on a thousand hills and the bird of every field. Everything belongs to Him. Our houses, our cars, our money, our jobs, our children. Everything. They are His resources.

LAZINESS is not an option for us. INDIFFERENCE is not an option. Jesus, the King, has called us to care for the broken and to spread the Good News of the Gospel of Jesus Christ everywhere we go. In John 14 Jesus says “If you love me, obey me” over and over again. Now, let’s get busy obeying.

Think about what has been entrusted to you and me. It is His. It does not belong to us. What a privilege it is for the King to entrust us with it. Now, how are you stewarding it?

Are your fears and laziness causing you to NOT invest time and resources into the work of His Kingdom?

I would encourage you, brothers and sisters, to flee from those lies. Let us continually and intentionally invest our lives into our King and His Kingdom today.

In this video, Kip and Kim Miller share their stewardship journey and how they have chosen to invest in God’s kingdom work at Miracle Hill.