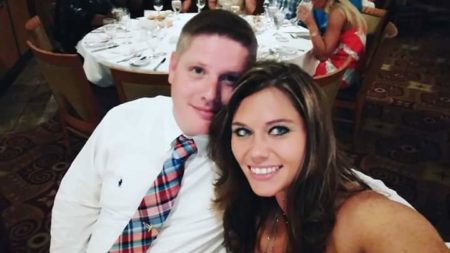 Wade and Jade Cason are not your typical newlyweds.  Not long ago, they nearly lost their lives to the powerful grip of addiction.  But God had other plans.

Wade began using drugs at a young age, and by the time he was 19 years old, he was a full-fledged heroin addict.  He thought his destiny was to be a drug addict, work on a construction site at a job he hated and continue to be miserable for the rest of his life, no matter how long or short. His family wanted nothing to do with him, and he had no real friends.  He never dreamed he could be set free from his self-destructive life, let alone meet an amazing woman who not only identified with his pain but was walking a similar path.

Jade was in active addiction for about 17 years, everything from alcohol to marijuana to opiates, heroin and methamphetamines.  She had been in and out of jail for years.  She had three children that she never got to see.  Jade remembers, “I was completely out of their lives. My whole life just felt hopeless.    I felt at the lowest of the low and never thought I would rise above that.  I always thought I would be an addict.” 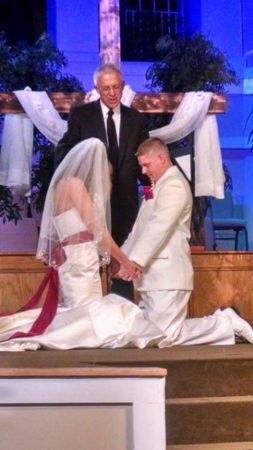 Wade and Jade pray during their wedding ceremony. 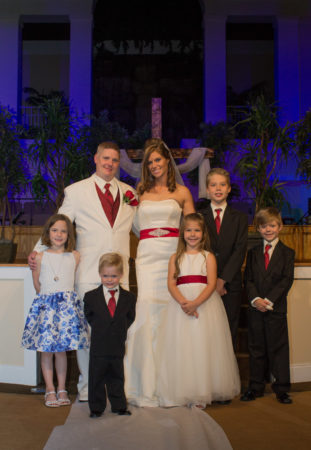 Wade and Jade celebrate their renewed lives and restored family.

The last time Jade was in jail, about three years ago, she finally got connected with Renewal, Miracle Hill’s residential addiction recovery program for women.  She was accepted into the program and spent seven months doing the hard work of surrendering, healing, restoring relationships and setting goals for the future.

Jade said she learned who God was and that he loved her.  He took her brokenness and everything she thought she would never recover from and brought her above all of it.  “He showed me how much He loved me and that with Him I can do anything.” Shortly after graduation from Renewal, Jade became an intern at Shepherd’s Gate, Miracle Hill’s shelter in Greenville for homeless women and children.  Her internship eventually turned into a full-time job.

Wade’s journey took a similar turn.  After going through several different recovery programs unsuccessfully, Wade decided to give it one more shot.  Three and a half years ago, he finally ended up at Overcomers, Miracle Hill’s addiction recovery program for men.  It was there Wade was eventually able to change his life. It was there he learned that “we do have a God who loves us and cares about us, and He wanted better for me than I wanted for myself.”

Like Jade, Wade became an intern for Miracle Hill and eventually became employed as the Transition Coordinator at the Overcomer Center. The relationship with Wade’s parents was restored completely.  “I talk to them on a regular basis, and they actually ask me to come over now instead of telling me they’re going to call the police if I come over.    They’ve even trusted me as much to give me a key to their house, which I would never have imagined years ago.”

And it was just obvious that we are on the same path.  We had both gone through the recovery programs, we both did our internship, we both started working at Miracle Hill, and it was like God had made her just for me.  I was walking down this path He had designed for me, and at the same time, he had a designed a path that looked a lot like mine for Jade.  And then He eventually brought those two paths together, and we’re able to walk it out together.  It’s been amazing ever since.  Wade and Jade were married on June 3, 2017.