The Changing Face of Homelessness 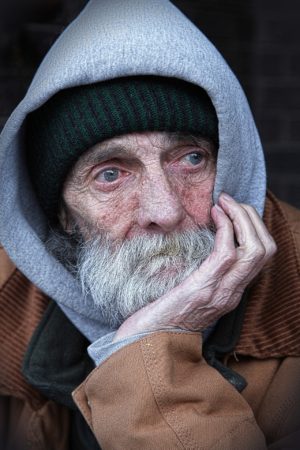 The face of homelessness is changing. Once upon a time if a person were asked to describe the homeless they would talk about a middle-aged man on a street corner with a bottle of whisky in a brown paper sack. Although this stereotype is true for some, the population has shifted with the decades, and a few specific characteristics can be surprising about today’s homeless population.

At Miracle Hill, we have a front row seat in the escalating war on homelessness, addiction, mental illness, and brokenness.  Last year alone over 2000 unique individuals stayed at least one night in a Miracle Hill shelter or program. One of the contributing factors to this large population is the fact that the Upstate is centrally located between other large cities with networks of homeless services — Atlanta, Charlotte, and Asheville, just to name a few. Some of our staff have worked in this field for a long time and can speak to the dramatic shifts seen in the homeless population in our community. Calvin Vinson, Director of Miracle Hill Rescue Mission Spartanburg, has been working with the homeless for the past 25 years and made these observations:

Contrary to decades past, there is a much larger population of homeless individuals over 50. In a recent  University of California study, Professor of Medicine Margot Kushel noted that “in the early 1990’s, only 11 percent of the adult homeless population was age 50 and over. That percentage was up to 37 by 2003. Today half of America’s homeless are over 50.”  Complicating matters further, the improvements in health care have resulted in individuals living longer, and therefore there are a fair amount of very sick and elderly individuals walking into shelters every day. 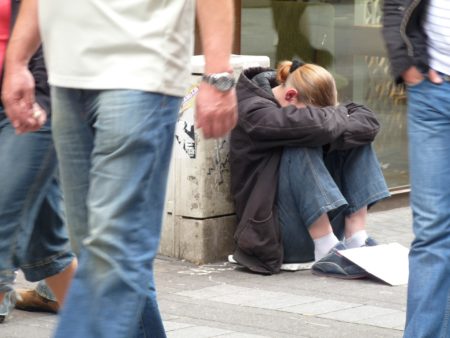 This segment of the  homeless population used to be smaller because “grandma” would take these people into her home and care for them. Unfortunately, in today’s world “grandma” might be the one supplying drugs or creating the hardships that are resulting in homelessness. According to the 2018 South Carolina Point in Time Count Report, nearly 22% of the total homeless population in the state were families with children, and children under the age of 18 comprised 13% of the homeless population.  One factor contributing to the increase in the number of homeless families as well as the overall increase in homelessness is the lack of affordable housing.

The number of people Miracle Hill serves with mental illness seems to have skyrocketed. The increase may be due to a lack of residential treatment for mental illness, which in turn has resulted in people living on the streets with no place to go. With the increase comes a series of issues. Sometimes individuals with mental health challenges do not do well in dorm living, which is how Miracle Hill houses the homeless in our shelters.  Additionally, we cannot make anyone take his or her medications, and therefore these vulnerable individuals run the risk of relapsing into a mental health crisis. This population needs special intentional care from mental health professionals, and although Miracle Hill partners with local mental health agencies to provide some of these services, it’s not enough.

The last and perhaps most challenging shift we have seen in the homeless population is the change in the behavior of those entering and utilizing services in a shelter. In years past, guests were thankful to have a roof over their head, a meal in their belly, and someone to talk to about life. Today’s culture is different, and often the younger population is entitled and combatant.  But regardless of the new challenges we are facing, we lead in our shelters from a position of compassion and love and simply want to shine Jesus in all that we do.  We are thankful and humbled that God would choose us to serve the least, the last, and the lost. May His will continue to be done.