Mentoring For the Long Haul 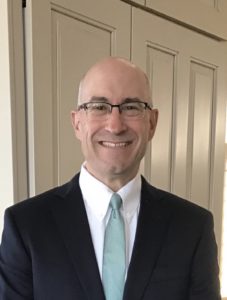 My wife and I retired to Greenville a little over three years ago.  As I researched service opportunities in the area before we arrived, one name kept appearing repeatedly – Miracle Hill Ministries.  I was certain my path would cross this organization frequently, and it has. Through our new church home, Grace Church, I learned about an organization called Fostering Great Ideas (FGI) which facilitates mentoring opportunities at Miracle Hill.

I had mentored several younger colleagues during my professional career so I thought it would be a good fit. I enthusiastically attended the training hosted by Miracle Hill and David White, the CEO of FGI. Shortly thereafter, I was paired with my first mentee, Nathan (not his real name), a 6th grader who lived at one of Miracle Hill’s group homes. Before I started, my wife warned me not to “go overboard, like you usually do with these things”. Of course, I ignored her. My personal mission statement and the focus of my retirement is four words: Please God. Serve Others.  It is essentially a highly condensed version of Matthew 22:36-40.

Nathan and I did a number of things together – movies, ballgames, hiking, bike rides. It was great. I got to know his house parents really well and they filled me in on what Nathan needed to work on: getting along with housemates, being respectful to adults, keeping up with his schoolwork.  I learned he was doing poorly in school simply because of a lack of effort. He was very different from my daughters and the professionals I had mentored previously. He was more focused on immediate gratification rather than long term goals. I had no idea how to motivate him.  I worked with Nathan to get more organized and more focused. I also gave him small incentives (ice cream, ballgames, etc.) if he applied himself more on homework and tests. I tutored him twice a week. He experienced some success and it was quite rewarding for both of us.

After six months, Nathan was moved back to his biological mother, who at first welcomed my involvement with him. After a while, though, she became less enthusiastic and not very supportive of our mentoring relationship. Consequently, my work with Nathan ended. I was discouraged by this. David White assured me, however, that sometimes a mentoring relationship can last for years, and sometimes it may only last for months.

You never know the impact even a short mentoring relationship will have on a foster child. It reminded me of a great quote from the musical Hamilton: “Legacy. What is a legacy? It’s planting seeds in a garden you never get to see.” I have no idea what influence I had on Nathan, but I hope he sees our short friendship as a positive part of his childhood.

After Nathan, I became involved in a couple other ministries for a while, but I knew I wanted to mentor another foster child. About a year ago I was introduced to Kevin (not his real name), a 16-year-old high school sophomore and resident of Miracle Hill Children’s Home.  I learned that both Nathan and I liked bookstores, movies, sports and eating. I also learned that only one of us liked video games and Pokémon cards. Kevin and I got together a couple times a month. He tended to be quiet but seemed to enjoy himself. I noticed he did not like to talk about his past or his family. I never brought those topics up, but he did share bits and pieces with me when he was comfortable with it.

It has been fun and extremely satisfying to see Kevin grow and mature over the past year. I’ve observed that Kevin has become more appreciative. At first he never thanked me after our visits together. He just returned to the group home and disappeared. Now he makes it a point to tell me how much he appreciates me.

Kevin’s goals have become more realistic. My experience as a guardian ad litem working with foster children is that their goals often tend to be either very unrealistic (and likely unattainable) or very narrow because they don’t understand their potential. When I first met Kevin, his goal was to become a player or coach in the NFL. Given his small stature and limited athletic ability, that was not likely to happen.

Now he wants to become a veterinary technician. We mapped out a plan for him with the help of Hope Coudayre of FGI. I recognize his career goals will likely change several times over the next couple years as it does with most young people, but now he has a good starting point. Also, Kevin turns 18 in December and his plan was to leave foster care and live on his own, even though he had no defined path to get there and does not yet have a driver’s license. Now his plan is to stay in foster care and leverage the housing, education and financial benefits the Department of Social Services makes available to him.

Kevin has definitely become more responsible.  He now has a job at Ingles and has to manage his time more efficiently. He takes pride in his work and is building positive relationships with his co-workers. We are working on budgeting and saving aggressively. Also, Kevin had put off learning to drive, but now he is in the process of getting his learner’s permit.

My approval is important to Kevin. When he does well in class or at work he is quick to let me know about it. He needs to be his own person but I do think it is important for me to reinforce his positive behavior. I make sure I tell Kevin how proud I am of him whenever I can. I don’t think he has heard praise very often in his life.

In fairness, I have learned some things from Kevin as well.

Silence is okay sometimes. I am someone who is not comfortable sitting in silence with another person. I feel like my time with Kevin is limited so we have to make the most of it. I have learned that sometimes Kevin just needs to sit. He will talk when he is ready.

You must be present to win. I can’t be with Kevin all the time but I have learned it is important to have regular contact with him – by phone calls to the group home, e-mails, or text messages when permitted.  It is critical that I stay in the loop on his work, school, relationships and residence issues (or talk trash about his favorite football team). If it is important to Kevin, he needs to know it is important to me. For example, Kevin had a bit of a meltdown at his group home earlier this year. Consequently, he had to move to another group home and switch schools. I tried to be a consistent influence in his life. He got through it and understands how bad behavior has consequences. He subsequently returned to his previous group home and is now thriving.

It is okay to say “no” sometimes. I am an easy mark. My daughters learned this many years ago. Kevin is not afraid to ask if he wants something. I have learned to use more discretion in what I agree to do and what I don’t. For example, I told Kevin no, we are not going to the Super Bowl in Atlanta.

Sometimes Kevin is right and I am wrong. Due to some challenges earlier in his life, Kevin missed close to two years of school. I am a big proponent of education so I encouraged him to be diligent and earn his high school diploma.  He has two years to go. This summer, after consulting with his advisers at Miracle Hill, Kevin elected to pursue a GED instead of his diploma. He said earning a diploma would take too long plus he had been bullied at school,, which was the first I heard of this. He delayed telling me because he knew it was not what I would have recommended. When he told me, I remained positive and told him I would support him any way I could. Kevin started working on his GED this fall and I am happy to report he is “crushing it”.  He has passed three of the four GED sections and will likely earn his GED before the end of this year. He is planning to start classes at Greenville Tech in January. In this case, it appears Kevin chose the better path.

In some respects, Kevin is still very immature for his age. The important thing is that he is growing up a little more each day and I have the privilege of being part of it — and the opportunity to grow a little myself.

“As iron sharpens iron, so one man sharpens another.”  Proverbs 27:17