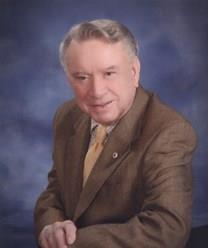 Alvin and Wanda McCall (best known as the founders of Ryan’s Family Steakhouses) first became interested in Miracle Hill in 1992 when Wanda was introduced to the ministry during the formation of Shepherd’s Gate, Miracle Hill’s shelter for women and children in Greenville. The McCalls gave an initial gift to outfit the kitchen and continued supporting Shepherd’s Gate after it opened.  Later, when the former offices of Ryan’s Family Steakhouses became vacant, the McCalls donated them to become the new home of Miracle Hill Boy’s Shelter (which opened in 1996).

After helping in many other ways, Alvin joined Miracle Hill’s Board in the mid-1990’s and served for several years.   Alvin was a strong proponent of board members being active, highly committed and generous.  He followed his own philosophy and expected others to do the same.   Much of Alvin’s business success, including Ryan’s Steak Houses, came from his hard work, attention to details and his insistence that all things should be done well and with integrity.  He regularly challenged his peers and the ministries he supported to model these standards.

Whether it was a capital campaign or a special need of the ministry, the McCalls always gave generously, but they often framed their gifts as matching challenges conditional upon the gifts of others, particularly gifts from Board members.   Every challenge was met, and along the way his challenges spurred more than a million dollars in additional gifts from others.

Alvin grew up in poverty in a family of 10 siblings in Pelzer, SC. Wanda’s father spent time as a child at Epworth Children’s Home.  Both of them had a deep gratitude for God’s supplying their needs and giving them abundance.  Each had an abiding faith in Christ and an interest in serving others in His name. They had a commitment to give back to God because of His rich blessings to them. They especially had a deep concern for the needy.

At a time when other wealthy individuals were supporting other causes that would advance them on the social register, Alvin and Wanda helped individuals in poverty and supported organizations that served those in need: Miracle Hill, the Red Cross, the Salvation Army, Epworth Children’s Home, McCall Hospice House, Triune Mercy Center, Christian Learning Center and others.   Alvin’s generous support of others continued after Wanda’s passing in 2011.     In recent months, even when his health was frail, Mr. McCall continued to look for ways to help those in need and added support to new charities last year.  He passed away on July 31, 2016.

For nearly a quarter century the McCalls supported the work of Miracle Hill and many of the ministry’s special projects, including Shepherd’s Gate, Miracle Hill Boys Shelter, creation of an endowment fund, the Greenville Rescue Mission building, the McCall Renewal Center, and most recently, Miracle Hill’s new Administrative Offices and Training Center.    Miracle Hill is stronger with a much greater capacity to help others as a result.  More importantly, thousands of men, women and children have been rescued from homelessness and introduced to the love of God because of their support.