Few people grow up in the place where they will work, not to mention lead for 30 years. For Reid Lehman, now former President/CEO of Miracle Hill Ministries, it never occurred to him that this wouldn’t come to pass.

“As a child, it never entered my mind that I wouldn’t work at Miracle Hill,” said Lehman, 60, who in October 2015 stepped down after 30 years at the helm and 40 years of service to the nonprofit.

Reid’s father, Gerald Lehman, had come to the Miracle Hill Children’s Home in 1957 to work during college on his way to becoming a missionary farmer in New Guinea – and never left. The elder Lehman took over as director in 1966 and served until his death in 1985.

“We lived in a stark poverty, but I didn’t know that,” Lehman said of his childhood on the home’s campus. “It was an incredibly rich environment,” surrounded by “passionate followers of Christ willing to give everything they had.”

During his last year of college, Lehman married his wife, Barbara, and they lived on the children’s home campus. “It was one community 24-7,” he said. After a difficult time under the watchful eye of the tight-knit group, the couple moved away for several years and Lehman worked at 84 Lumber.

“I got out and saw what the real world expected of you for nothing more than money,” he said. Barbara later suggested they move back to Miracle Hill, and Lehman worked as mission director, thrift operations director and administrative coordinator.

One of the first challenges was integrating Miracle Hill, he said. “I returned and was horrified to learn that we were still segregated.” Because he had been a part of the ministry all of his life, Lehman believes integration was an easier transition for the nonprofit than it might have been.

Taking the helm
Lehman wasn’t sure he would be chosen to lead the organization, but the board tapped him after his father’s passing.

The advent of AIDS and discrimination was an early challenge, Lehman said. “When we got the first client that we knew had AIDS, some of our supporters said, ‘If you’re going to work with people like that, we aren’t going to support you anymore.’ We had maybe a third of our population [at the shelter] leave one weekend.”

Revisiting the mission helped, he said. “Our sign in front of the building has always said, ‘If you don’t have a friend in the world, you can find one here.’

“We were working through our values and coming to the understanding that our calling from God was to be committed to the people nobody else cared about or wanted to work with, even if it cost us friendships or the ability to serve others,” he said.

Another difficult time came in the aftermath of the scandal surrounding Jim and Tammy Faye Bakker in 1987. Though the scandal did not touch Miracle Hill, the gift income diminished roughly $100,000, Lehman said. “It had a profound effect; it was a very difficult year for us.”

Amid the challenges, Lehman has seen change, too. At one point, some evangelical believers had an aversion to mental health professionals, but in his work, Lehman saw the need for their services. “We found they were wonderful people. Many of them were followers of God and others are respectful of our spiritual beliefs.”

Lehman has plenty of stories from his time at Miracle Hill, including when he took each of his sons, Matt and Andy, at 13 years old to live homeless for a week in another city. Or the time he helped to disarm a woman wielding a butcher knife throughout the shelter during a suspected LSD flashback.

One summer day, Lehman received a phone call from a person asking if the friend motto was true and was pointed to someone who had no friends: an obese carnival sideshow actor who had fallen, couldn’t get up and been left behind by the troupe. Lehman and about 10 others went out to help the man when no one else would. “We’re there for those in need,” he said.

Successes and Next Steps

In the beginning, Lehman says he derived satisfaction from “pulling all the pieces together” and organizing programs and initiatives. Now he is fulfilled by watching people grow, “moving from where they are to where they can thrive – whether it’s volunteers, staff or clients.”

He is also deeply satisfied that “100,000 people have passed through our doors in the last 40 years and all were touched in some way.”

Though his work is spiritually based, it is not overly idealistic about reaching out to anyone who needs help. Lehman says he must also be realistic.

“In the work that we do at Miracle Hill, if we can’t help, many of the people we work with will die, and they will die soon,” he said. “We don’t have the luxury of not being pragmatic.”

Lehman talked about the supportive community relationships he has built. A fundraising effort launched in December to build a new ministry center has raised over $2 million already, he said. “A lot of the people who gave to it didn’t even know the details of what it was going to do, they just essentially trusted the relationship. I greatly value those relationships built over the years.”

“One day I’d also like to run a women’s prison,” said Lehman with a smile. He has a vision of creating a place where mothers with certain offenses are not separated from their children, where the mothers have a chance to “mother their children and leave with their family intact, a job and a plan forward,” he said.

Serving at the forefront of an organization that gives to people every day has offered multiple lessons, Lehman said. And he imparts one of his favorite pieces of advice:

“Live generously and it will come back to you.” 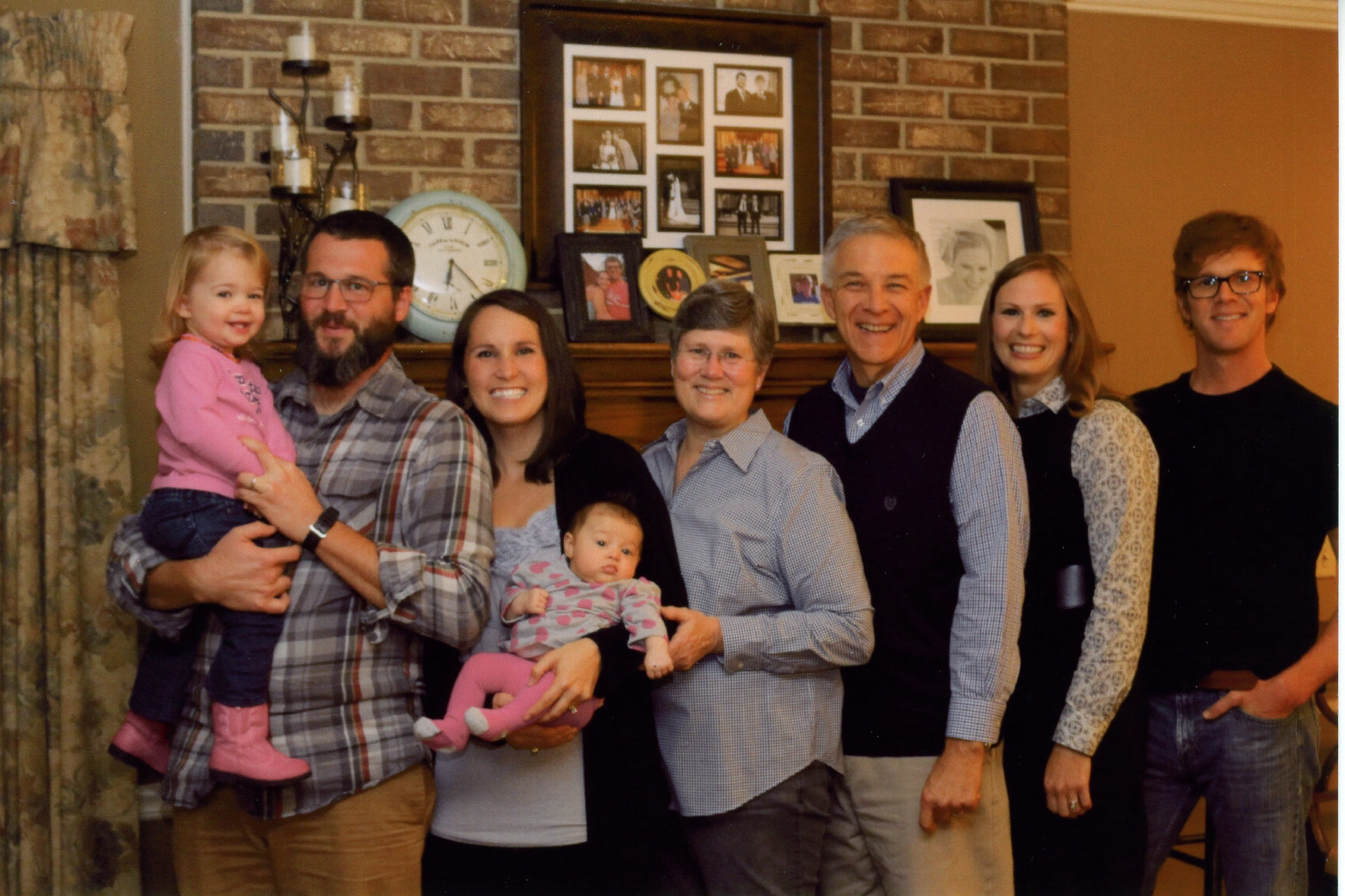 Pictured above: Reid and Barbara Lehman and their two sons, Matt and Andy, their wives, Becca and Jo, and two granddaughters.

Reid Lehman:
On adventure: “I rappelled off the Bank of America building last October. I need a challenge and I’m not easily afraid.”
Cyclist: Lehman has participated in the Miracle Hill cycling event for 11 years and has completed the 100-mile ride for four years running. His bike of choice is a Specialized Robaix.
On reading: “When I was growing up, the children’s home had a pretty big library and I read everything that was vaguely interesting in the library. By the time I finished high school I was reading the girls’ romance novels because that was all that was left. … I love fiction of all kinds and books on leadership and discipleship. My idea of a very painful afterlife would be a big waiting room with nothing to read.”
Hobbies: Tennis, writing, small-engine repair, carpentry and jogging

— blog courtesy of April Morris, writer for the Greenville Journal