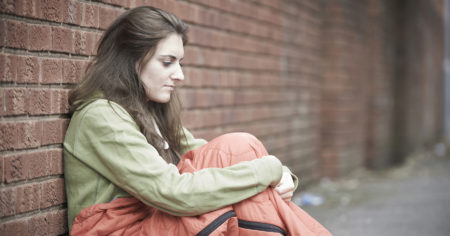 As human beings, we all have a fundamental basic need for safety, stability, and a roof over our heads. When a person has no place to go and limited resources, they have no choice but to do whatever it takes to survive. Homelessness leaves people truly desperate and often vulnerable to a wide range of injustices, including human trafficking and sexual exploitation.

The Augusta Road/I-85 corridor, often called “The District”, is one of the many areas in Greenville where homelessness, human trafficking, and prostitution intersect. Personally, I have worked alongside survivors of human trafficking and prostitution here in Greenville County for nearly seven years, and for many prostituted women, their exploitation began as an attempt to end their homelessness.  In a survey of human trafficking survivors in the United States, conducted by Polaris, 64% of respondents reported being homeless or experiencing unstable housing at the start of their trafficking situation. Alley* [name altered for privacy], a local 30-year-old survivor and friend of mine, says “If you’re a girl on the streets and you have nowhere to go, you might be lucky enough to find a man who will let you stay with him. But nobody does anything for free on the streets. If you are stuck on the streets, eventually you will have to find a way to survive.”

Over the years, I have spent a lot of time on the streets and in strip clubs and have walked alongside nearly 100 women in various stages of recovery from the life of human trafficking and sexual exploitation here in Greenville, SC. Of all the women I have come to know and love over the years, I can assure you not one of them truly chose the lifestyle of being prostituted. Prostitution is often the “choice” for those with the fewest choices and resources available to them. For Alley, her childhood experiences laid the groundwork for her choices to be limited when she found herself homeless and alone with few resources available before she even turned 18.

Alley grew up in South Carolina and has lived in Greenville County for the last 6 years. Her mom suffered from cancer for most of her childhood and she says, “My parents weren’t perfect, but I believe they raised me and my sister as best as they knew how. My father was an alcoholic who would sometimes be abusive towards my mother. My mother smoked marijuana and took prescription pain pills. My parents weren’t exactly the happy married couple… My mom tried so hard to give us a “normal” life and she worked hard just so we could attend private catholic schools. We never had a lot of money. We grew up in a small trailer park, my parents drove old beat up cars, and my sister and I never had name brand clothes. When I started going to school I realized we were poor and immediately felt inferior to the other kids I went to school with. This is when I started to have ideas about not being good enough and feeling different than the other kids. I was always embarrassed and ashamed of who I was and what I didn’t have.” For Alley and many other survivors, a search for acceptance, value, and love paves the way for a cycle of homelessness, trafficking, prostitution, and addiction.

Alley was exposed to sex at a very early age. The movies, television shows, and songs on the Billboard 100 glamorized the lifestyle of pimping, selling women and girls, and making money. Alley says, “I grew up watching movies and listening to music about high class hookers. The lifestyle was glamorized, and it was kind of the norm. My older sister was in the [prostituted] life and I met other girls that did it and that made it OK. To me, it was about independent women making their own money. I thought I would be able to make money and be successful… have nice things, be normal, etc. My sister headed down a dark road some years after this. She was pregnant and doing hard drugs by the time she was 14. With her issues and the new baby, I was put on the back burner. This is when I started seeking attention from men. The only thing I ever wanted to be was loved.”

Alley started having sex and using drugs at age 13. She, like many other survivors, lived in foster care for a period during her teenage years. She left home at 17, dropped out of high school, and went to live with her 24-year-old boyfriend. The relationship was very abusive. Her boyfriend was eventually incarcerated, and she was left on her own with no home, no resources, and no education. Alley says, “Eventually I started working at a strip club, and soon after that, an escort service. In the beginning it was for survival, then it became a dark well I couldn’t climb out of. It turns out it didn’t matter how much money I made, I never made enough to get out.” Like Alley, nearly one third of children who run away in the United States eventually engage in sex for survival just to meet their basic needs when faced with the uphill battle to survive on the streets. 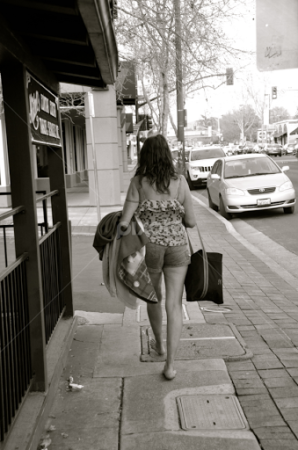 Women stuck in this lifestyle must find a way to cope with the pain and trauma they experience every day and often turn to drugs. For Alley, she says, “Prostitution and drug addiction go hand in hand. I needed the drugs to turn the tricks [sexual acts for money] and I needed to trick to get the drugs. I have been addicted to crack, meth, and mostly heroin. I’ve been hospitalized three times for endocarditis for using IV drugs, and I was arrested 14 times in Greenville County.” A lot of these women want to get help and change their lives after short term rehabs or incarcerations, but they have nowhere to go but back on the streets or with their trafficker, often reentering the cycle of exploitation.

While overcoming this cycle of homelessness, sexual exploitation, addiction, and incarceration may seem impossible, I have seen many women break free of it and truly thrive when given the right resources. In my opinion, long-term safe housing, gainful employment, and a loving community are the key factors that help these women ultimately break free. Of course, these women face many barriers to housing and employment, including limited bed space in residential programs and extensive criminal records due to years of sexual exploitation and living on the streets. However, there are more programs opening across the nation to help solve these challenges and, when paired with genuine understanding and unconditional love, these women truly have an opportunity to heal. 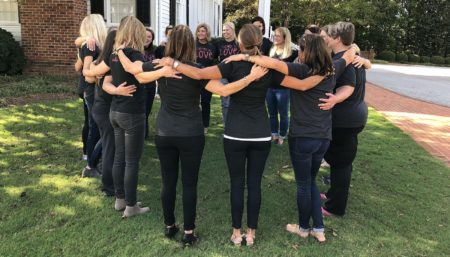 One of these programs is Jasmine Road, the first residential restoration program of its kind in South Carolina, which exists to provide a safe home for women to rest and heal. It is located in Greenville and provides two years of rent-free housing where women can receive holistic restoration services (including medical and dental care, trauma-informed therapy, addiction recovery resources, physical health and wellness, and employment opportunities) to help them recover and heal from years of trauma, abuse, and addiction.

Alley has been a resident in the Jasmine Road program for nearly 8 months. She says, “Today I have been sober for 9 months and 20 days. Today I have my own bed to sleep in and food to eat. I would like for you to know how much of a difference Jasmine Road has made in my life. When I first came here I didn’t know who I was, what I liked, or what I was good at. In the past few months, I began the process of healing from a lifetime of hurt. Today I have women in my life who unconditionally love and support me through everything. I know I will make mistakes, but I know they will be there holding my hand through it. The staff and the other residents are family to me. Since I’ve been here I have accomplished many goals like getting my license back, enrolling in college, receiving financial coaching, getting involved in the recovery community, and simply becoming a better person and a productive member of society.”

Personally, I can’t begin to describe how beautiful it is to watch the healing process take place in women who have survived a life of homelessness, human trafficking, sexual exploitation, and addiction. Alley has accomplished many goals and milestones in her recovery, and I know this is just the beginning for her and I have seen her truly come alive since being in a program where she is unconditionally loved, accepted, and valued. She is one of the most caring, inspiring, and resilient women I have ever known, and I am confident she can accomplish anything she sets her mind to. 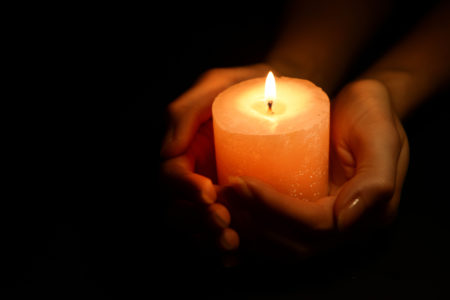 There are more women like Alley still on the street. Women who need support, a place to call home, and unconditional love. Every morning at Jasmine Road, Alley and the other residents light a candle of hope in honor of the women in our city who are still living on the streets homeless, addicted, and exploited. Together, as a community, we have witnessed the beauty and life found in recovery and that breaking the cycle is truly possible. While the darkness and despair seen on Greenville’s streets is often overwhelming, we can all carry the candle of hope and restoration that shines brightly and pierces through the darkness in our city.

Post submitted by Lindsay Blair, Program Director of Jasmine Road.  She can be reached at lindsay@jasmineroad.org.