Love Them Through the Pain 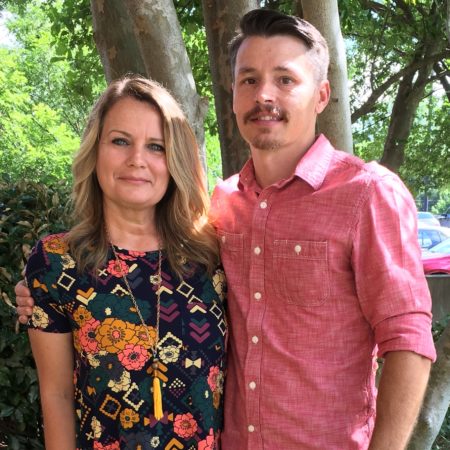 Johnny Dye was initially resistant to a particular calling from God, in part because of a broken home experience as a child.  However, it was that same experience that helped him submit to what was not only a special calling but God’s will for him and his wife, Theresa — to “love the least of these”.

When Theresa brought up the idea of fostering a child, Johnny wasn’t keen on it.  They both had raised five children of their own and were comfortable in their careers.  Plus he wasn’t naïve about the type of commitment required.  He knew it would take more than just shelter, food and love.

“They have real issues just like I had real issues,” said Johnny, who grew up in a children’s home himself and was later adopted as a teenager. The Dyes approached the idea not from their own sense of goodness and duty but firmly focused on their Christian faith and guidance from the Holy Spirit. “Not everybody is called to this,” said Johnny. “We prayed about it.”

They discovered their calling wasn’t to just foster one child but to impact the lives of many more.  They started out volunteering once a month at Miracle Hill Children’s Home in Pumpkintown, offering meals along with open ears and hearts.  Months later, an opportunity opened up for them to serve as house parents.  They now live in a cottage every other week caring for up to 11 children at a time, many of whom have either been abused, neglected or lived in dysfunctional households.

As they grow and learn alongside the children they serve, the Dyes said it’s a humbling and rewarding experience.  And it’s worth whatever challenges they face. One of the couple’s favorite verses is Philippians 4:13 – I can do all things through Christ who strengthens me.  “That’s what I would put up on one of our whiteboards in the morning for the girls to see,” said Theresa, who was so consistent that some of the girls began asking if they could write it themselves.  “We encourage each other.”

It’s not about forcing anything on the children.  It’s understanding that God uses the house parents to expose children to Christ.  So the opportunity to witness simply through your own behavior is huge, said Johnny.

The couple recalled one 11-year-old girl and a 12-year-old boy influenced by opposite ends of the religious spectrum.  The girl espoused Wicca. The boy was negatively impacted by unforgiving interpretations of the Bible and hell—courtesy of a relative claiming to be a Christian.

Before she left, the girl, who was at the home for a year, proclaimed that she was going to tell her family about Jesus while the boy who once touted his lack of faith as a badge of honor, now openly prays with other children at the home.  “You could see the heart change,” said Johnny. Theresa added, “You can’t judge the children. Instead, love them through their pain and be consistent in your own walk with Christ. You have to meet them where they are.”