A Father Who Loves You 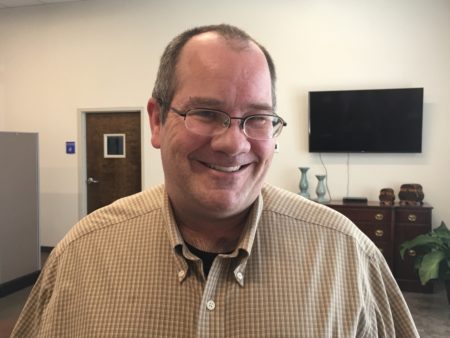 David Shirley was drinking heavily on Super Bowl Sunday and on the verge of blacking out when he noticed his mother passed out on the floor.  Like David, she was ‘using’, although her drug of choice was cocaine.  In his delusional state, David thought he had done something to hurt her. So he got in his car and drove from South Carolina to Texas, a desperate attempt to escape reality and possible consequences.

While David was on the road he received a called from his sister telling him he had done nothing wrong and begging him to come home. “That was when I hit rock bottom and checked myself into Miracle Hill Overcomers Center,” said David.

For David, the past year in recovery has been a series of amazing successes but also despairing challenges, and he says it’s evident the Lord is walking alongside him with every step he takes. After graduating from the program and working to restore his own health, David took a position as a ministry trainee at Greenville Rescue Mission (GRM) where he is in charge of transporting guests to appointments, dispensing non-narcotic medications, and ordering refills for guests. 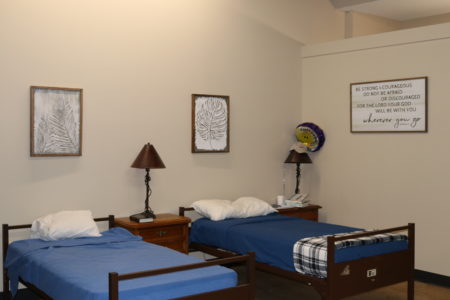 David also works closely with New Horizons Family Health Services, an organization that has partnered with Miracle Hill Ministries to serve the homeless by providing medical services and operating a respite care program at the Mission. Miracle Hill provides the beds for the new respite program while New Horizons provides nurses and medication to each guest who is recovering after being hospitalized.

David says, “Because a hospital cannot keep homeless guests long-term after an illness or minor surgery, the respite program is an exceptional thing that the ministry is a part of. Cost effectiveness and caring for the well-being of the individual who has just left the hospital and is back on the streets is why our ministry needs a respite program.”

Challenged to be a Leader

This position ultimately has molded David into being a leader. He says, “The Lord has adopted me into a whole new family. I had to get my relationship right with God before I could be in relationship with other people. I couldn’t imagine being on the leadership staff here at the Rescue Mission, but I’ve been able to see the Lord’s hand through it all.”

1 Peter 3:15 is a passage of scripture David takes as an ongoing challenge. It says, “But in your hearts honor Christ the Lord as holy, always being prepared to make a defense to anyone who asks you for a reason for the hope that is in you; yet do it with gentleness and respect.”

These words challenge David to keep studying scripture and to keep reminding the men around him to remain firm in relationship with their Heavenly Father. David believes he is a living reminder that no one should live in hopelessness and despair. He says, “The Lord does not call his children to be discouraged. You are loved. People want to see you overcome obstacles that are keeping you back. You matter to others and most importantly, you are cared for and loved by a Father who is bigger than any addiction or hard time you may face.”